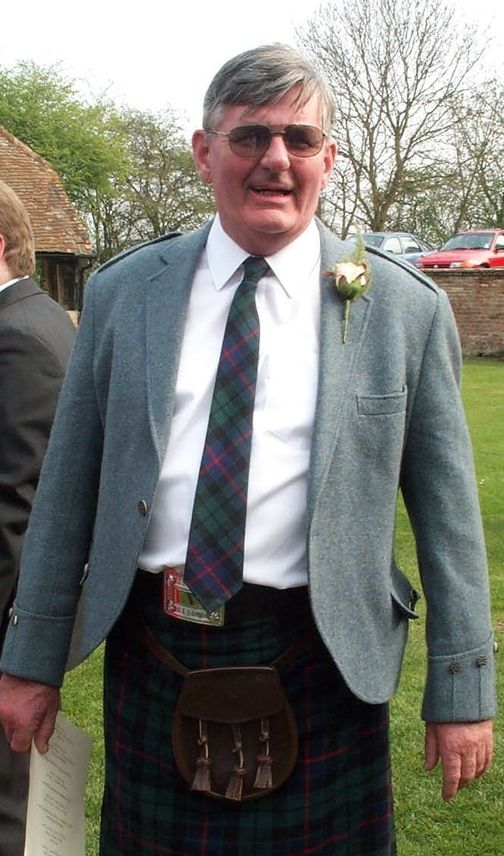 It is with great sadness that we share the news that our dear friend Colin Morrison died peacefully in his sleep on 22nd July.

Colin was a life-long brass bander, playing the tuba and always getting involved and lending a hand with his own bands as well as regional and National organisations.

Colin was married to Sybil and they have two sons, Bruce and Andrew, who inevitably grew up immersed in the brass band world. Living in South Essex, Colin was a familiar and active member of the local brass band scene and long associated with the Tilbury band. Through them he became involved in scaba – the Southern Counties Band Association – as well as the former London & Home Counties Association and COSEBBA.

As well as decades of service to his local bands and associations, Colin also served the former British Federation of Brass Bands and Pontins Championships. Hundreds of banders around the country who have taken part in scaba, L&SC and Pontins contests as well as many lower section National Finals will remember Colin’s cheerful banter at the registration table, and maybe also his penchant for wearing a kilt!

In recent years, Colin remained a stalwart and valued member of the scaba team and London & Southern Counties Regional Committee along with his wife Sybil, and was unfailingly supportive of the Southern Counties Youth Band (SCYB). He also continued to play and support learners in his local band, Grays Town Band. Colin and Sybil were honoured by scaba for (more than) 50 years’ service to the brass band movement with a presentation at the 2017 Entertainments contest.

Colin will be sadly missed as a brass bander to the core, a fiercely loyal team player and a true gentleman.
Rest in Peace our friend; stay loud and proud in our memories.

Colin’s funeral will be held at the South Essex Crematorium (RM14 2UY) on Wednesday 18th August at 12:00. Refreshments will then be served at Thurrock Rugby Club (RM16 2QH).
For catering purposes could you please let Colin’s family know via secretary@scaba.co.uk if you are intending to attend. The funeral service will also be lived streamed, and the family have requested donations to St Luke’s Hospice in lieu of flowers.
Details of the web stream and how to donate will follow in due course. 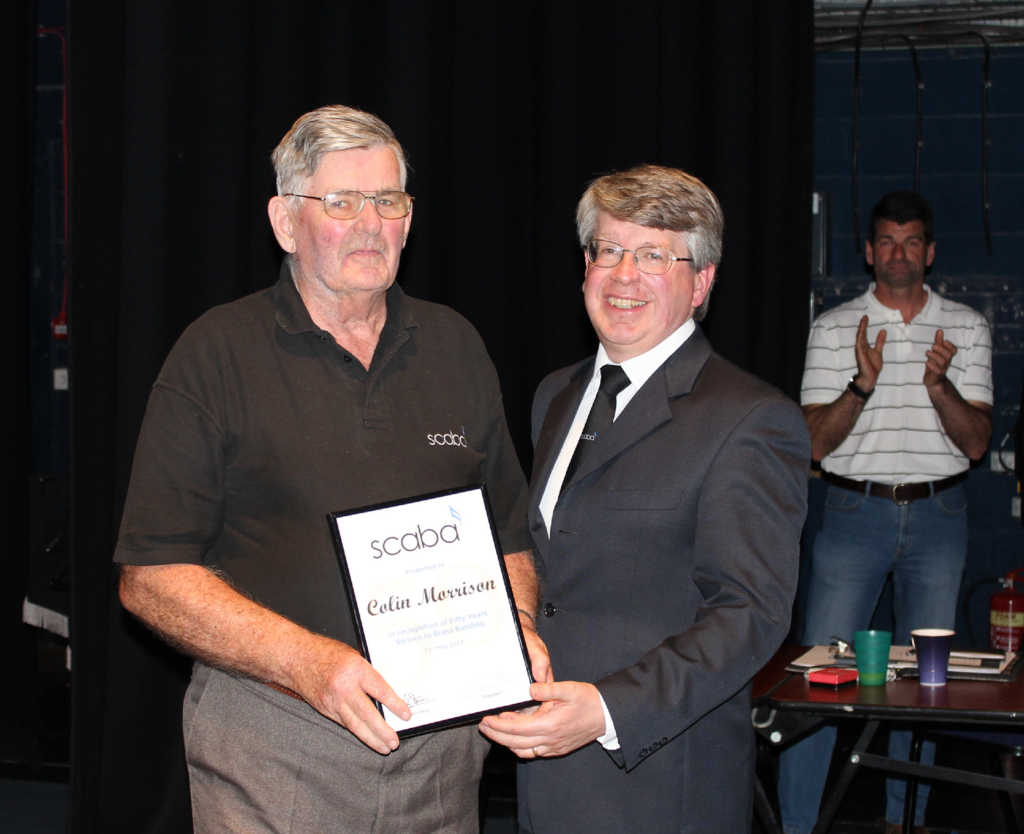