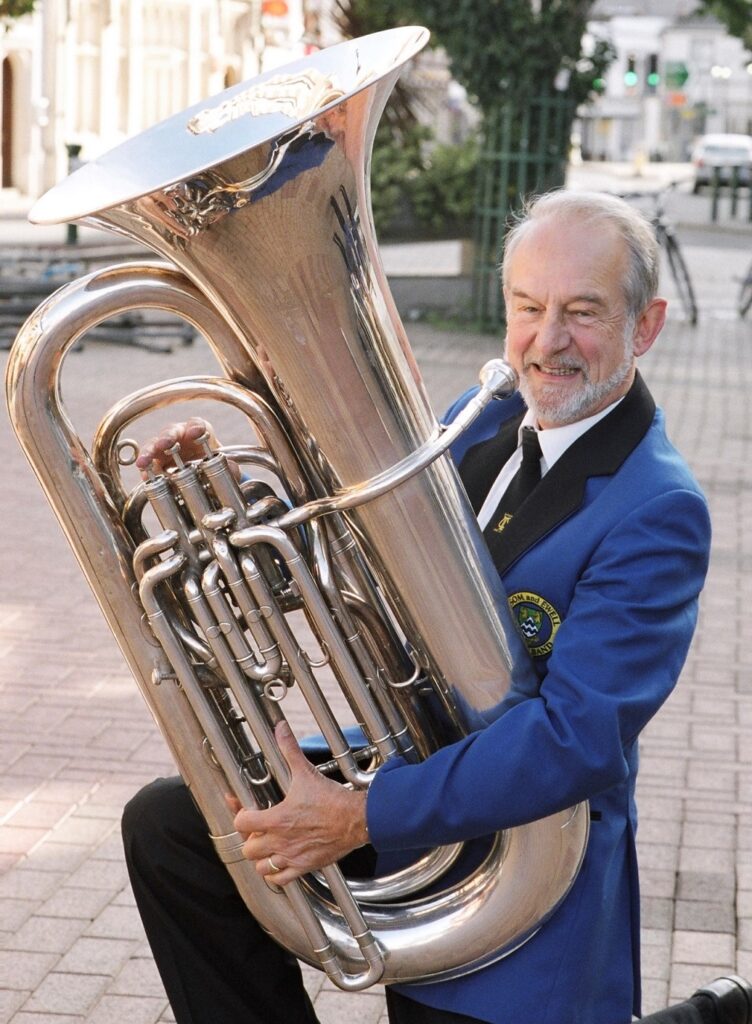 EESB are sad to report the death of John Faulkner, one of their longest serving members. John joined the band in 1967, having heard about them after living in Worcester Park since 1963, and relished playing again after a 5 year break.

John found brass bands during his period of wartime evacuation in High Wycombe when he was billeted with a Salvation Army family. He joined the High Wycombe SA Young People’s band, where he learned to play the Tenor Horn, and continued with the SA when he returned home to Hammersmith, where he met his wife Brenda. During his National Service, John played Euphonium and Bass with the RAF Wilmslow station band.

John moved on from Tenor Horn and played in the bass section from 1970 until retiring from playing in August 2019 after 52 years’ service. As well as going on four continental tours with the band, he served as Assistant Treasurer and led the band’s successful bid for a National Lottery grant for new instruments and equipment in 1985.

John was a Chartered Building Services Engineer, specialising in heating and ventilation, and worked in the Civil Service as a senior officer overseeing Building Services in government buildings and the Royal Palaces. When John retired, he worked at NESCOT as a lecturer on a part time basis.

John and Brenda celebrated their 60th wedding anniversary on August 20th this year and while Brenda, their 3 daughters and 9 grandchildren will feel his loss most strongly, he will be sadly missed by all who knew him.