The Horsham Borough Band launched the Horsham Great British Weekend events by performing at the Drill Hall on Friday night.

The concert included music based on a theme from the British Isles and also featured some of the band’s excellent soloists; Gordon Poole, Martin Smith and Steve Winter. The audience were in fine voice for the finale of the concert singing rousing verses of Rule Britannia, Jerusalem and Land of Hope and Glory. 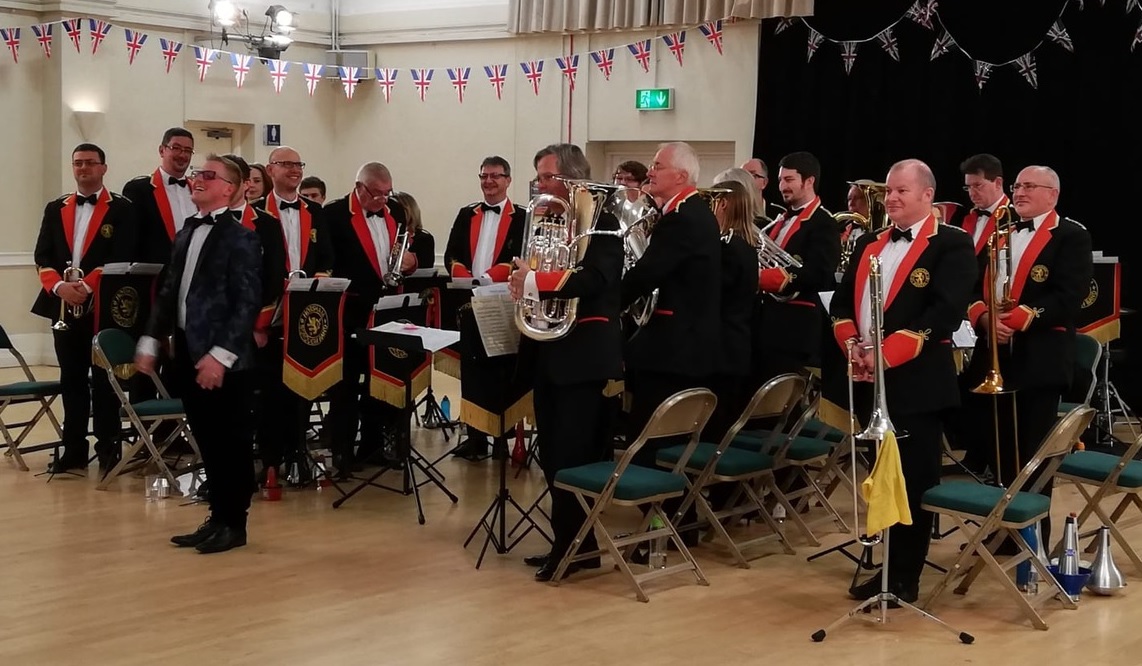 Speaking after the concert Mark McLauchlin, the bands Musical Director said, “the band performed fantastically tonight, and it was great to perform to such an enthusiastic audience’.

The next time you can see the band will be on the 1st June on the Carfax Bandstandin Horsham where they will be playing a selection of popular music from 11am.

Horsham Borough Band is always looking for experienced players. The band offers good-quality instruments, and support for players returning to brass music. Check out their Social Media pages or website www.horshamboroughband.co.uk for details of how to join.