It is with great sadness that we share the news that respected local conductor and musician David Ruel passed away unexpectedly yet peacefully at home on Monday 22nd April 2019 at the age of 68. David was a much loved and respected figure in the brass band community, best known locally for his long and successful associations with the Friary Brass Band and more latterly The Cobham Band and Reading Spring Gardens Brass Band.

David started his playing days on the bugle with the local Boys Brigade company in Yiewsley, Middlesex. He went on to teach both Boys and Girls Brigades’ Drum and Bugle Bands, and to adjudicating at competitions throughout London and the South of England.

David played solo cornet with the Yiewsley and West Drayton Band before moving on to the then Hillingdon Borough Band as player / bandmaster and following a house move the Camberley Band. David returned to the Yiewsley and West Drayton Band as conductor in 1981. In 1983 David worked in Singapore where he formed a brass band in conjunction with the Singapore St. John Ambulance Brigade. The main event of the year was the Annual Parade which was a very impressive occasion in the presence of the President and Prime Minister of Singapore – the band could hardly be conducted by a ‘Private’ so David was promoted to the rank of Major overnight!

On returning to the UK in late 1985 David rejoined the Camberley Band and then moved on to Friary Meux (later know as Friary Guildford, now Friary Brass Band) as player and bandmaster. David had many happy memories of conducting Friary at Ascot Races, on board the QE2, at the Inn on the Park in St. Helier, Jersey and of course at many of the then Friary Meux public houses throughout the South of England. For several years David spent several months each year travelling overseas on business and as such banding took a back seat. However, he was still able to help a number of bands and later the winding down of his overseas travel saw a return to the Friary Guildford Band as player / bandmaster. 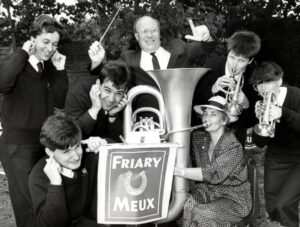 David also helped The Cobham Band and on the departure of their conductor in 2004 he was approached by the band’s chairman to take over. David remained with the band for some seven and a half years, a period during which David moved the band forward, improving its standard of playing and most importantly the consistency in its level of performance at rehearsals and on the concert and contest stage. As well as achieving a number of contest prizes, The Cobham Band performed at some of London’s most historic and prestigious landmarks including Westminster Abbey, Kensington Gardens and Greenwich Royal Parks and held its main annual concert at the Yehudi Menuhin Concert Hall with guests such as Ian Porthouse (former Principal Cornet of Black Dyke and YBS Bands), Tredegar Town Band’s ten piece brass ensemble and trombonist Stephen Sykes – the then BBC Radio 2 Young Musician of the Year.

After leaving The Cobham Band David continued to work successfully with a number of bands including Yiewsley & West Drayton and Alder Valley Brass. He was also integral to the success of Tredegar Band, bringing a level of professional business acumen and expertise in support of their Musical Director Ian Porthouse that helped the band to renewed success and an increased artistic profile which saw the band ranked number two in the world. In addition, David served as the National Secretary of The National Association of Brass Band Conductors and as an Executive Committee member of The Southern Counties Amateur Bands Association (scaba).

David was appointed Musical Director of the Reading Spring Gardens Brass Band in September 2016. David took the band to new heights and stretched its horizons to greater goals. 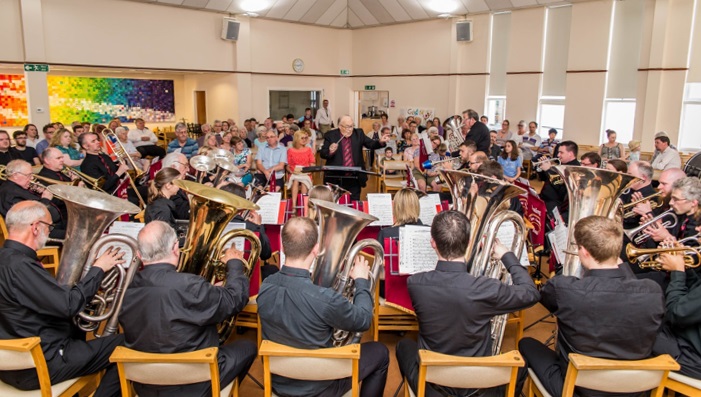 So many bands have been touched by David Ruel’s musicianship, passion and commitment to brass banding, his generosity of spirit and leadership. He will be sorely missed and greatly celebrated.

Alternatively, if you would like to make a donation, please do so to The Southern Counties Youth Band.
Please send cheques payable to ‘Southern Counties Amateur Bands Association’ to
Ms A. Sears at 12 Badger Place, Bordon, Hampshire GU35 0GW.
Kindly mark the back of the cheque ‘In memory of David Ruel’; any notes or cards included with donations will be passed on to the family. scaba thank David’s family for this extraordinary generosity.

The Ruel Family is very grateful for the many kind words and shared memories at this difficult time.