Members and followers of scaba will know that our former President Norman Every stepped down this year following a move to Cornwall. During Norman’s 5 year term as President he brought a wealth of experience, ideas and enthusiasm to the association, and most importantly he re-formed the Southern Counties Youth Band (SCYB) to give young players from across our region the opportunity to play challenging and fun repertoire in a band with their peers. Thanks to Norman’s hard work getting the band started, SCYB is now going from strength to strength and new players are always welcome.

Traditionally scaba honours former Presidents, VPs and other VIPs with the introduction of a new trophy at one of our full band contests, but we felt it was more fitting to celebrate Norman’s work with an award for SCYB.

We are delighted to introduce the Norman Every Trophy, appropriately in the form of a rising star, which will presented annually to the Most Improved player in SCYB. The first recipient of this trophy, percussionist Tom Harvey from the Pangbourne Band, was nominated by the tutors and guest MD Ian Porthouse at the end of this year’s residential course. Norman himself was able to attend SCYB’s first rehearsal of the new school year in Worth this Sunday, and presented the new trophy to Tom in front of the full band. 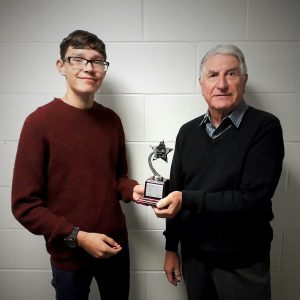 Well done Tom, and thank you Norman for everything you have done for us! 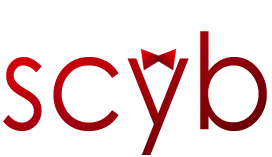