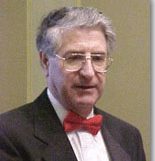 Married with 3 children and 7 grandchildren, Norman comes from a banding family and believes he has a brass gene in his make-up!

His grandfather Frank founded the former Nelson Silver Band in the Rhondda Valley and then, following a move to Berkshire in the 1920s, formed the St Sebastian Wokingham Band. Norman followed in his footsteps with his involvement in the Cornwall Youth Band and by forming both the Cranleigh Youth Band and the National Methodist Youth Brass Band.

Norman played tenor horn with the Godalming Band in Surrey before moving back to Cornwall recently. Norman served as President of the Association for a self-imposed 5 year term, during which time he founded the Southern Counties Youth Band (SCYB) in 2014.