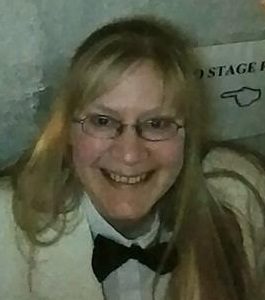 Alex started playing with Brighton Silver band at the age of 7 and has played with a number of bands in this area including Alder Valley, Uckfield, Horsham and Chichester.  She has been a member of Friary Guildford Band since 2003 and has served as their Contest Secretary for most of that time.

Alex’s banding highlights include being the only baritone player to date to win ‘Best Instrumentalist’ in a scaba competition, winning the 1st Section National Championships with Friary in 2010, playing in the Championship section finals at the Royal Albert Hall and taking part in Brass in Concert.

Alex was invited to join the scaba team in 2011 and appointed Secretary in 2015. She is also administrator and tutor for the Southern Counties Youth Band (#SCYB) and loves working with the next generation of brass banders.